Selected journals related to contemplative learning and teaching at UMass 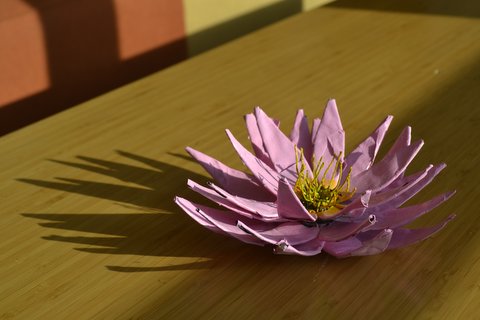 Journal of Spirituality and Paranormal Studies

Journal of Spirituality in Mental Health

Our goals for this session involve students to:

Some Starting Points for Researching Diversity

The following is taken straight from Wikipedia itself!

Wikipedia has certain advantages over other reference works. Being web-based and having a very large number of active writers and editors, it provides fast coverage of many topics and provides hyperlinking, unavailable in traditional media.

Also, it often provides access to subject matter that is otherwise inaccessible in non-native languages. Since English Wikipedia editors come from all around the world, the relative lack of non-Western topics found in many Western publications is significantly less noticeable on Wikipedia.

Wikipedia often produces excellent articles about newsworthy events within days of their occurrence, such as the 2007 Wimbledon Championships, Lal Masjid siege, Kidnapping of Alan Johnston or the Benoit family tragedy. Similarly, it is one of the few sites on the web even attempting neutral, objective, encyclopedic coverage of popular culture, including television series or science fiction. It is also developing across-the-board global coverage of subject areas where for one reason or another existing sources are highly fragmented, including sports such as football/soccer and golf.

In comparison with most other web-based resources, Wikipedia's open approach tremendously increases the chances that any particular factual error or misleading statement will be promptly corrected. As Wikipedia is a collaborative, ongoing project, one may also ask questions of an article's authors. And thanks to its extensive use of hyperlinks and external links, Wikipedia can be an excellent guide to other related material, both on and off Wiki.

Main page: Wikipedia:Why Wikipedia is not so great

Wikipedia's most dramatic weaknesses are closely associated with its greatest strengths. Wikipedia's radical openness means that any given article may be, at any given moment, in a bad state: for example, it could be in the middle of a large edit or it could have been recently vandalized. While blatant vandalism is usually easily spotted and rapidly corrected, Wikipedia is certainly more subject to subtle vandalism and deliberate factual errors than a typical reference work.

Also, much as Wikipedia can rapidly produce articles on timely topics, it is also subject to remarkable oversights and omissions. There is no systematic process to make sure that "obviously important" topics are written about, so at any given time Wikipedia may be wildly out of balance in the relative attention paid to two different topics. For example, it is far more likely that the English-language Wikipedia will have at least some material about any given small U.S. village than about a given moderately-sized city in sub-Saharan Africa.

Another closely-related issue is that particular Wikipedia articles (or series of related articles) are liable to be incomplete in ways that would be unusual in a more tightly-controlled reference work. Sometimes this is obvious (as with a stub article) but other times it may be subtle: one side of a controversial issue may be excellently presented, while the other is barely mentioned; a portion of someone's life (not always the most notable portion) may be covered in detail, while other aspects may be presented only sketchily or not at all; coverage of a country's history may focus on the incidents that drew international attention, or may simply reflect the interest and expertise of some individual writer.

Another problem with a lot of content on Wikipedia is that many contributors do not cite their sources — something that makes it hard for the reader to judge the credibility of what is written. As of 2010, this problem has almost certainly been diminishing over the last several years, but it has not gone away.